A History of Android’s Many Versions

Android has been around in one of its many forms for over a decade, and looking back, the changes that have been made over time is remarkable. Let’s go through each version to review some of the adjustments and improvements that each new version has introduced.

The first version of Android lacked a lot of the features that the operating system would become well-known for just a short time later… there was no confectionary codename, and it only included a few early Google applications as a part of the OS itself. There wasn’t even a Chrome browser integration for the platform yet, and—as keyboards were still commonly integrated into the devices themselves—the on-screen keyboard did not yet exist.

Cupcake was where many aspects of the modern Android platform saw their origins. With the rise of touchscreen devices, the physical keyboard was replaced by a virtual one. Many other tweaks to the platform and its interface also made their first appearance here. For instance, Cupcake was first to enable third-party application widgets to Android, as well as the capacity to record videos.

Later in the year, Android Donut was released, and with it, Android could be supported on a greater variety of screen resolutions and sizes. On a more technical note, support for networks that relied on code-division multiple access (CDMA) was integrated, which enabled Android to use networks owned by Verizon and other carriers. Now that over ten years have passed since, CDMA is to be phased out by some carriers in favor of other options.

Not slowing down at all, Eclair was released mere weeks after Donut, with its major update coming out mere months afterwards. As the version that powered the first Motorola Droid phone, Eclair and its capabilities got a lot of marketing power behind it to showcase its new voice-guided navigation and real-time traffic updates, text-to-speech, and the once iOS-exclusive pinch-to-zoom feature.

Four months after Eclair premiered in January 2010, Android Froyo was released in May. Dedicated to improvements under the hood, so to speak, Froyo did also set the precedent for the familiar dock that is now standard in the Android platform. This was also the OS version that premiered the capability for Voice Actions.

Most notably for the time, Froyo was also the OS that first brought support for Flash to the Android platform—flying in the face of Apple’s stance against it. While Flash has since fizzled out, it used to be everywhere, on websites, in games, and other multimedia, which gave Android a boost in comparison.

Gingerbread saw a lot of internal improvements, as well as an updated user interface and native support for VoIP (Voice over Internet Protocol) telephony and NFC (Near Field Communication). Released in December of 2010, the appropriately named Gingerbread also added the Download Manager, giving users greater control over the content that they added to their device. Updates to Gingerbread would continue long into 2011, overlapping with the next OS—which was designed primarily with tablets in mind.

Once tablets were developed, the Android platform made a drastic shift over to the new medium with 3.0, made for the launch of the Motorola Xoom. Unlike the other entries that Android had produced, or has rolled out since, 3.0 and its updates were only released for tablets. The UI was completely revamped, and while the effort was short-lived—only lasting about a year—it was the first place many now-familiar features would appear. These features included on-screen navigation buttons and the card-like Recent Apps list.

Evolving the improvements made in Ice Cream Sandwich, Jelly Bean gave the OS a user-friendly coat of paint and packed more familiar features under the hood. Originally a predictive-intelligence utility, Google Now was introduced in Jelly Bean, as was the concept of the Quick Settings Panel. Other utilities were added that are no more, such as incorporating widgets onto the lock screen. The first version of Jelly Bean was introduced in July of 2012, and 4.3 was released almost exactly a year later, in July of 2013.

Android’s sweets-themed codename convention was made particularly appropriate when KitKat was introduced on Halloween in 2013. Abandoning the dark themes that prior versions of the OS had established, KitKat was modernized with transparent and brightly colored elements.

KitKat also saw some modernization in its incorporated features. Assuming the user had the home screen or Google app activated, this was the first time that the handsfree “Ok, Google” command was available as well.

In the beginning of summer, Android’s next operating system was introduced to users. Once again redesigning the user interface to be reminiscent of cards, Google also gave Android a few other handy features, like the capability to access notifications directly from the lock screen and from banners at the top of the screen. Other tweaks led to improved battery life, a widget-free lock screen once again (but one that does support application and notification shortcuts) and migrating to a new Android device was made simpler with the Tap and Go utility. However, these tweaks also introduced some challenges and software bugs that would require the 5.1 update to resolve.

While Android Marshmallow didn’t offer much in terms of added capabilities as compared to other updates, it was the OS that started the pattern of Google releasing a new numbered version of Android each year. While not much else remained from Marshmallow, there are a few features worth mentioning, including fingerprint reader support as well as support for the now-standard USB-C connection.

With Android Nougat, Google provided the platform with various useful capabilities. For instance, Nougat offered split-screen functionality, a shortcut to quickly snap between applications, a feature to help save data, and notifications organized by the application they refer to.

Most impressively, Nougat was also the first version of the platform to offer the Google Assistant, which has grown to be one of the most well-known assistants available today. Nougat was accompanied by Google’s first self-produced phone, the Google Pixel.

Released to the public in August of 2017, Oreo gave Android users plenty of additional features as well as a closer alignment to the Chrome OS. More control over notifications, picture-in-picture mode, and a variety of other tools and utilities were all included. In addition to this, Project Treble was a part of Oreo, which attempted to make Android’s code more modular, ultimately making it simpler for developers to distribute software updates in a timely manner.

Again, a year later, Android was updated to Pie with version 9. With it, the typical navigation around the OS was replaced by a combination of gestures and minimal buttons, along with other design and user interface adjustments. Some notifications, like those received when one gets a message, were updated so that a full conversation as well as other content could be seen.

Adaptive battery capabilities were also added, so that unused apps could be hibernated to preserve battery life. In a similar vein, auto-brightness features help to minimize unnecessary battery drain. Behind the scenes, privacy and security features were boosted across the board, as well as improved Wi-Fi hotspot capabilities.

With Android 10 being released in September of 2019, the themed OS names came to an end. With 10, the interface navigation change seen in Pie was reintroduced, this time with users having the choice of whether to use the three navigation buttons or not. Internally, alterations were made to improve how patches could be deployed and applied, and application permissions continued their trajectory of giving the user more granular controls. Focus mode now allows users to put a cap on distractions from other applications, and the sharing menu has been redesigned.

Most recently as of this writing, Android 11 has debuted and introduced its wide range of privacy-boosting permission adjustments and limiting how apps can interact with one another and a user’s data storage. Notifications are now arranged by priority, and applications in the Play Store can have updates pushed without needing to get the phone’s wireless carrier or manufacturer involved at all.

Media can now be controlled through a unified player, and conversations can now appear as on-screen bubbles. This keeps the user’s task in focus, without losing track of a conversation.

On top of all that, each iteration includes important security fixes and improvements that keep your phone and your data safe. New features are great but keeping yourself safe online is critical.

So, looking back, it’s clear that the Android platform has come a long way since it was first developed, and judging by whispers in the industry, there is plenty more ways for it to go. Tell us—what features do you hope to eventually see? Are there any that you wish would come back? Share what you think in the comments.

More posts from author
Monday, October 26, 2020 How Technology Has Helped Many Businesses Get Through the Pandemic
Friday, October 23, 2020 Microsoft Thwarts Major Hacking Attempt
Wednesday, October 21, 2020 Tip of the Week: Three Ways to Make All Meetings Better 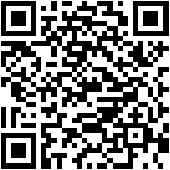 How Technology Has Helped Many Businesses Get Through the Pandemic
COVID-19 is still a factor that businesses need to consider, especially in terms of their continued operations. With major adjustments required to stay open, many small and medium-sized businesses will need to accept the situation their business is in and implement changes. Fortunately, research that Salesforce summarized in their fourth Small & Medium Business Trends Report suggests that this is happening.
Read More