Solid State Storage Can Breathe New Life Into Your Computer

When you are looking to buy a new computer, you need to consider the options available for data storage. This is especially true if you are looking to replace a computer used by several users. The more people that use a computer the more files will likely be stored, after all. Today, however, there is another determination to be made: how fast is your storage device?

Storage used to really be a problem, but today users have all types of storage options on a new PC or laptop. Typically, most budget laptops will come with a hard disk drive (HDD) that has 256 GB or 512 GB or 1 TB on it. The funny thing is that it costs the factory that produces them the same amount to make them regardless of the capacity.

The modern disk drive can now hold more data and run much faster. Think about it this way, the built-in storage of an average, off-the-rack PC holds the equivalent of about 750,000 of those floppy disks that we all used 20 years ago. If you consider, too, that there are cloud vendors that provide basically unlimited amounts of storage, you wouldn’t worry too much about the quantity of data held on your PC’s disk drive.

The 1TB drive that was built into your PC really is a lot and unless you plan on using it for high-storage tasks: photography, video editing, 3D modeling, or gaming, you won’t really need everything you get.

At this point capacity shouldn’t be your final metric for determining the PC you’ll use, unless you know for a fact you’re going to need a lot of storage.

Ultimately, your hard drive's effectiveness is the defining factor. The modern PC has an incredible amount of processing power, which means running resource-intensive software is a breeze. This means the speed of your hard drive could be a problem if it doesn’t perform fast enough.

There are two types of disk drives:

HDDs contain magnetic platters that spin at very high rates of speed. They have been the standard for decades now and are generally more affordable than other forms of storage. These rewritable platters are capable of storing high capacities of data and are used in servers and other high-yield storage facilities.

SSDs are effectively digital storage devices. They contain no moving parts, and as a result, they are much faster, which has an effect on all of a system’s processes. These drives were initially expensive, but prices have been dropping as they become the norm. At Oh-Tech we typically recommend that any new workstation or laptop should have an SSD for the main system/application drive.

If you would like to talk to one of our professional IT technicians about computer hardware, hard drives, or any other IT issue, give us a call today at 01202 835880.

Facebook Twitter LinkedIn
Tags:
Data Hardware Computer
Looking at the Future Impact of Blockchain
Strong Backup Practices is as Easy as Counting to ... 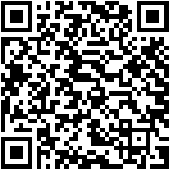 Facebook Dealing With Fallout From a Huge Data Leak
Facebook is by far the largest social media network and it does bring a lot of value to a lot of people. Whether that be for personal use or professional use, Facebook has staked a claim as the most successful technology company in the world. With this comes scrutiny, especially if you’ve operated the way Facebook has over the past few years. Let’s take a look at a situation that Facebook is dealing with in 2021.
Read More